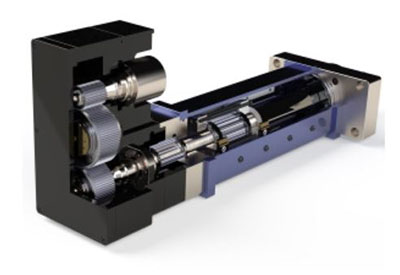 What Is an Ultra High Speed Linear Actuator?

An actuator is a component in a device that makes a particular kind of motion happen. Actuators are usually part of a larger system that includes sensors, structural components, and elements that interact with the world in a particular way.

Different types of actuators produce different types of motion. A linear actuator produces motion in a straight line and is appropriate for use when transferring various kinds of energy, such as rotational energy, into linear motion.

Electric elevators and motorized wheelchair lifts use linear motion, so they rely on linear actuators. A typical car jack is an example of a mechanical linear actuator. It converts the rotational motion provided by the user into energy that moves a vehicle up or down. High speed linear actuators are typically used when lighter loads need to be moved at higher speeds.

The P-15 ultra high speed linear actuators can achieve speeds as high as 9 inches per second, making it suitable for applications that require rapid movements such as sorting and movements of a robotic arm.

An actuator must have a mechanism to obtain energy. For example, a car jack’s lever connects to a gear that transfers energy to the lifting element. In electric linear actuators, an electrical motor typically rotates a gear. For actuators driven by gears, the gear size and thread width influence the function.

Consider the gears on a bicycle or in a car’s transmission.

A linear actuator must have a component that is capable of moving in a straight line, from side to side, or up and down.

High speed linear actuator must typically be mounted securely to a stable structure so that the actuator itself remains fixed in place while in operation. In some cases, like with a car jack, the weight of the actuator keeps it stable. However, for precision control, mounting and other stabilization processes might be necessary.

Recent trends toward automation and the development of the Internet of Things (IoT) have allowed the digital world to have a direct physical impact. Automated factories, robot surgery, autonomous vehicles, and several other systems operate under computer or computer-assisted control. Software must be able to move real-world objects precisely and rapidly to accomplish many tasks. Here are just a few examples of practical applications of high speed linear actuator technology.

The Power Source of a High Speed Linear Actuator (12V)

Actuators are often powered by electricity but can be powered by other energy sources, such as steam or compressed gas. Piezoelectric actuators generate linear motion by using specialized materials that produce mechanical energy (in other words, they push) in response to an electrical current.

The P-15 High Speed Linear Actuator uses a 12V power source so that it can run on a conventional U.S. power outlet, eliminating the need for adaptors, transformers, or alternative sources of power.

The P-15 High Speed Linear Actuator uses a 12 volt DC motor that imparts energy to a steel alloy gear, which generates rotational energy that must be converted into linear motion. The motor has a 20% duty cycle, meaning it can be on up to four minutes within a twenty-minute time frame.

For a linear actuator to function, it must effectively generate linear motion of some component from the rotational movement of the belt or gear. In the rack-and-pinion actuator, a gear (the pinion) contacts a linear structure with cogs called the rack. As the gear turns, it slides the rack sideways.

In the PA-15, the linear motion is achieved by the motion of a screw, like in the previous examples.

There are two common ways to mount an actuator: stationary mounting and dual-pivot mounting.

Dual-pivot mounting connects each end of the actuator with a pin or other connector and allows the actuator to swivel. This gives the actuator freedom to move while remaining attached to the power source. Clevis mounts and trunnions are common mounts for dual-pivot mounting. If you need to pivot along more than one axis, a spherical mount is an appropriate choice.

Many factors must be considered when choosing a mounting style, such as speed, type of rotation, the nature of the equipment being used, the need for stability, and other factors. It is critical to be aware of the stresses that motion could place on the actuator and other components. The mount should allow motion in desired directions while preventing unwanted movement and vibration.

The PA-15 is mounted using BRK-15 mounting brackets that are compatible with dual-pivot mounting.

Linear actuators can be “smart” technology. They can be connected to the internet for remote operation or controlled by a computer system. The actuator could be controlled by a human operator, a remote-control device, a Wi-Fi signal, or an internal computer. Automation and autonomous control of devices is a developing field. New advances in machine learning, neural networks, and other forms of digital technology enable increasingly sophisticated autonomous control.

The P-15 High Speed Linear Actuator is designed to work with control boxes that easily plug into the actuator for computer control. Creative Motion Control staff can help to find a control box to suit each customer’s needs. 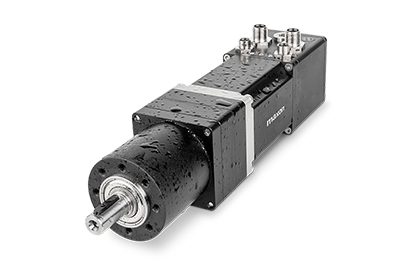 Maxon’s new IDX compact integrated servo gearmotor + drive combines a powerful, brushless EC-i motor and an EPOS4 positioning controller, which can be complemented with a maxon planetary gearhead when required. 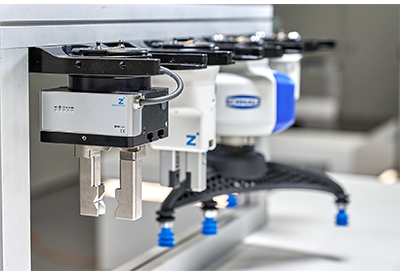 “It’s a MATCH – that fits” – is what can be said about the first cooperation project between the two handling technology specialists Zimmer Group and J. Schmalz GmbH, and that is also the name of the joint product. 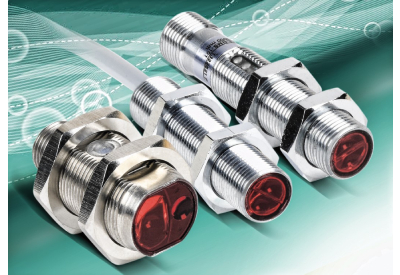 AutomationDirect has added Contrinex metal M12 and M18 photoelectric sensors to their lineup of almost 4,000 sensors and switches for process and discrete control applications. These Contrinex sensors offer complete overload protection, are IP67 rated, and are available in diffuse, diffuse with adjustable background suppression, retroreflective, and through-beam models. Select models are IO-Link® compatible, providing continuous diagnostic data and easy sensor mode selection. All sensor outputs are complementary, allowing them to be used as a light-on or dark-on sensor. The Contrinex photoelectric sensors are made in the USA and are UL listed, CE marked, and RoHs compliant. 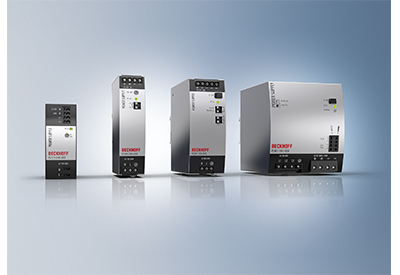 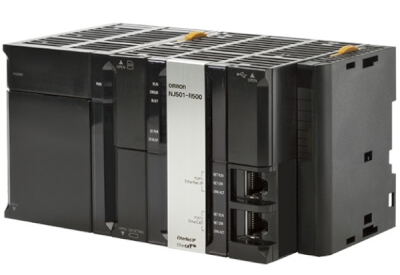 Omron has recently introduced its most full-featured machine automation controller to date. Offering control of multiple robots, the choice of 16, 32, or 64 controlled motion axes, and SQL connectivity. It is the ideal control solution for complete robotic cells, high-speed motion systems, material handling and multi-robot systems. 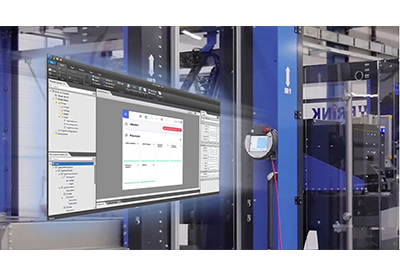 The requirements for modern user interfaces have changed considerably: Users increasingly expect functionalities such as mobile access, intuitive user guidance and features such as gesture control, multi-touch and multilingualism, even in a business context.