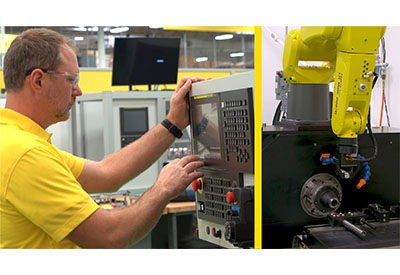 FANUC America recently introduced the next step in complete robotics and CNCs integration for more efficient operations. FANUC CNCs now have the ability to control connected FANUC robots providing machine tending or other assistance through FANUC’s Quick and Simple Startup of Robotization (QSSR).

FANUC’s QSSR is a complete package that simplifies the connection of a FANUC robot to a FANUC controlled machine tool. The new QSSR G-code feature allows operators and machine tool builders to program robots easily through the FANUC CNC in ISO standard G-code format. Those unfamiliar with robotic programming language will no longer require additional training or specialists because the programming can be performed with G-codes. A reliance on a separate teach pendant for the robot is also greatly reduced with the capability of robotic programming and operation through the CNC user interface.

FANUC’s QSSR not only makes connecting a FANUC robot through a high-speed Ethernet cable to a machine tool easy, but also simplifies the setup, programming and operation. The QSSR G-code feature is available on FANUC CNC Series Oi-F, Oi-F Plus, 30i-B and 30i-B Plus. 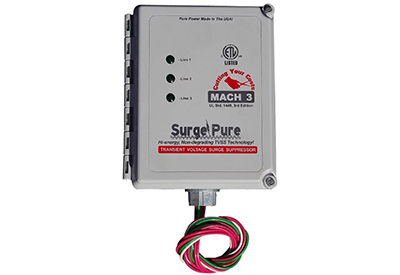 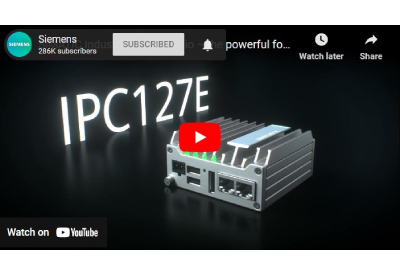 Welcome to the computational power behind the realms of industry – the power that keeps manufacturing running and drives the industrial future in the digital world: the SIMATIC Industrial PC portfolio. Discover the performance, scalability, and connectivity of SIMATIC IPCs that strongly support a new player in the digital industry: AI. 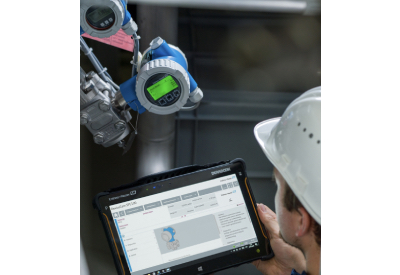 Endress+Hauser has launched new Cerabar and Deltabar pressure gauges with a Bluetooth® interface that makes them easier to operate and maintain in safety-critical systems. Their high level of safety combined with productivity enhancing features is another application of Endress+Hauser’s smart safety approach to increasing plant availability. 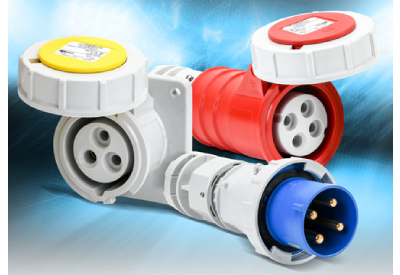 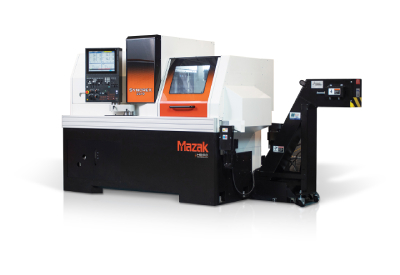 At IMTS 2022 in booth 338300, Mazak will show manufacturers how they can move their manufacturing operations forward with the company’s latest innovations. Five pavilions will showcase solutions for job shops, advanced machining and high-production workflows. Among the 19 machines in the Mazak booth will be models from the company’s Ez, INTEGREX Multi-Tasking, new SYNCREX Swiss-Style and NEO Series in live real-world production demonstrations. Mazak also will feature automation systems, its MPower complete customer care program and Mazak Capital Equipment Financing (MCEF) for one-stop factory-direct financing.