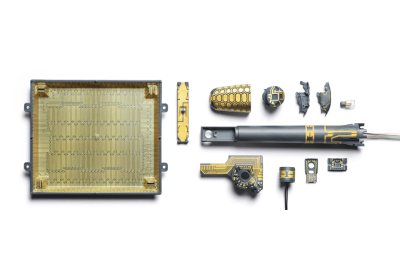 The most remarkable aspect of technology is its constant development and improvement. Slimmer laptops, smaller phones, and medical devices designed to be unobtrusive and barely visible to the naked eye. Can I use 3D-Circuits to outperform the flat PCBs?

As electronic devices continue to evolve and shrink, so do their circuits and, ultimately, their components. This development has raised the demand for component miniaturization. 3D-Circuits or also called 3D-MID (three-dimensional mechatronic integrated devices) makes this possible. They allow for more compact designs while enhancing functional density. In this article, we take a closer look at 3D-MID technology, what it is, its many benefits, its applications, and a short overview about HARTING as a full-service provider.

The Miniaturization Revolution in Electronics

Smaller devices mean less environmental impact. A laptop, for example, uses 80% less power than a desktop computer, with a peak power consumption of 60 watts compared to 175 watts for desktops. This reduction in energy use is due to miniaturization.

Miniaturization has revolutionized many sectors, from medical and healthcare to automotive as well as industrial and consumer electronics. Here are a few drivers of this movement:

We have come to expect our devices to be visually appealing and well-designed.

We also want our devices to be lightweight and easy to carry.

While miniaturization can be costly initially, it allows for the use of fewer materials, which can save money in the long run.

Since smaller parts use less power, electronic devices generate less heat. This means bulky heatsinks or fans can be removed, reducing weight, cost, power, and noise. Almost every industry is moving towards functional density, meaning that hardware components need to be interconnected and made smaller and smaller. 3D-MID is a way to fulfill those requirements by reducing mass and optimizing space while allowing for those parts to offer the same or more capabilities. 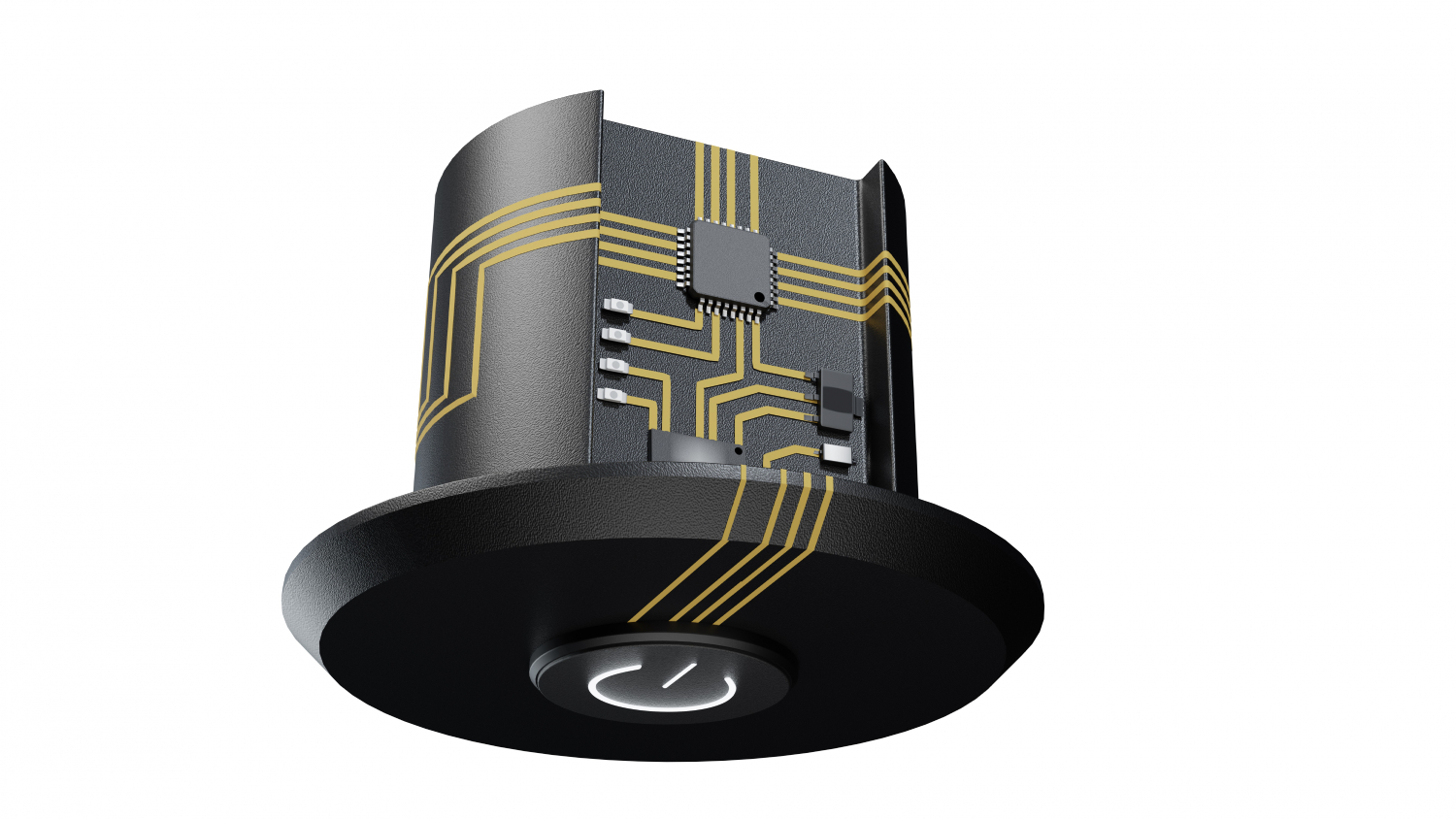 The term “mechatronics” was coined in 1969 by a senior engineer of the Japanese firm Yaskawa. It is a combination of the words “Mecha” (machines) and “Tronics” (electronics). Since then, the definition has evolved. It is now used to describe the abilities to use computers, electronics, and mechanics to build more intelligent systems, such as robotic, control, and electromechanical systems.

Hearing Device: By integrating functions and the three-dimensional routing of circuit tracks, the design space for the electronics of hearing aids can be optimally utilized

HARTING’s 3D-Circuits technology allows the 3D-MID parts or the injection-moulded thermoplastic part to be directly integrated with electronic circuits and components, making them more compact and functionally dense. Imagine a circuit board that is significantly smaller and composed of plastic rather than metal. Furthermore, injection-moulded circuit boards significantly reduce the number of production processes, assembly times, individual components required, and therefore lowering the production costs.

How does 3D-MID technology work?

The flexibility of 3D-MID technology allows device designers to go where they need to. A three-dimensional component that combines electrical and mechanical functions allows for endless possibilities. The designers lay down their requirements along with very specific measurements. The components are then constructed through injection moulding.

Injection moulding is when materials such as plastic are heated and melted before being injected into a mould and cooled to achieve the desired shape. It is a process often used by many industries because it enables the creation of parts with complex shapes quickly for mass production. Because injection moulding is so flexible, designers can use it to construct virtually anything with the exact specifications. Before realizing a mould, different forms of simulation can be used to check if the parts fulfill the requirements and sample parts from rapid prototyping can be made.

Next comes laser activation through laser-direct structuring (LDS), a procedure created by LPKF Laser & Electronics in 1996. It is where a laser beam defines the conductive trace, etching the layout directly into the injection-moulded plastic component. The injection-moulded plastic will have special additives, which laser beams can detect. The lasers then reveal areas where the conductor structures will eventually be placed.

In the chemical plating process, copper only lays down on the laser structured areas. This allows the engineers to create very precise electronic circuits. After metallization in a copper bath, conductive traces form in the areas that have been activated and will allow for metals to adhere to it.

Combining mechanical and electrical hardware makes designing and manufacturing electronic devices with complex functionality easier and less expensive. It essentially opens up a world of possibilities and possibly enormous savings for manufacturers and consumers.

What are the benefits and uses of 3D-MID technology? 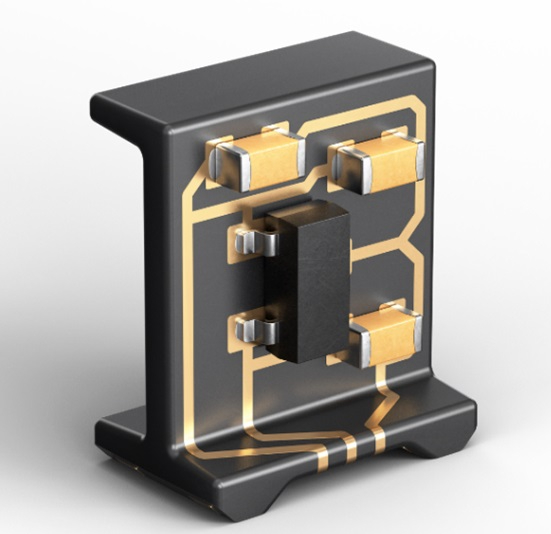 The 3D-MID component carrier is an in-house HARTING development which serves as a connecting element between a printed circuit board (PCB) and electronic components (such as LEDs, ICs, photodiodes or sensors)

Plastics and electronics come together in practically every piece of current and future technical equipment, from medical to automotive to consumer gadgets.

3D-MID technology is often regarded as the gamechanger in several applications such as:

Almost all industries can benefit from 3D-Circuits in some way as many sectors have significant needs for miniaturization, such as the medical field.

Mechatronics is a promising discipline that benefits multiple industries, especially medical or healthcare. Advancements in diagnostics and treatment have been made possible because of the miniaturization of electronics due to 3D-MID breakthroughs. 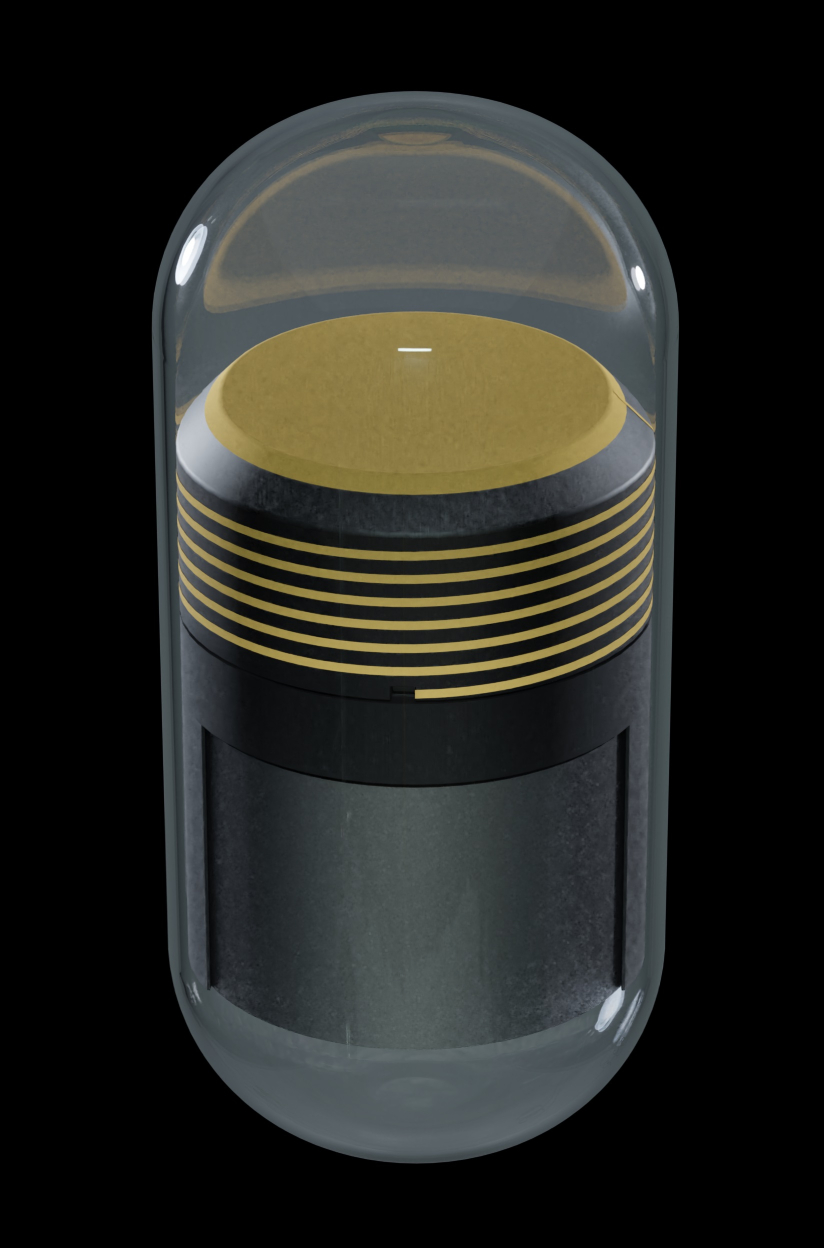 Imagine this: You need to have an endoscopy. Most people find the idea and the experience of having a long, thin tube with a small camera on the top go inside them uncomfortable. But what if you were able to avoid that? Using 3D-MID, manufacturers can now design devices that are less invasive and more comfortable for patients, particularly when it comes to monitoring and examining the patient from the inside.

No longer is it necessary to insert a long endoscopic camera down the throat. You can instead consume a non-invasive capsule, similar to how you take your vitamins. This capsule contains a little endoscopic camera that transmits 360-degree pictures of your body to your doctor, allowing them to visualize your digestive tract without the need for invasive procedures. This is just one example of how technological advancements can make a previously uncomfortable situation more pleasant.

Antenna in Capsule: This is a substitution for an endoscope. You basically swallow it like a pill which makes it way more comfortable than an endoscope

Mechatronics is also being used to create new types of prosthetics, such as the Luke Arm, a mind-controlled arm prosthesis that gives patients who’ve lost limbs the ability to perform everyday tasks. 3D-MID technologies are also used to design smaller medical equipment such as hearing aids, implants, and surgical and dental devices. 3D-Circuits boards can be made in any size while maintaining the same functionality and safety standards.

The possibilities with 3D-MID are unlimited. As this technology advances, we expect to see more organizations incorporate them for their space-saving projects, thereby reducing their assembly procedures and cutting costs. 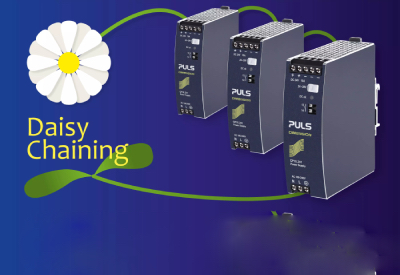 The colloquial term daisy chaining has established itself as a description for the direct connection of technical devices in series. In this blog article, you will learn what you should consider if you want to operate several power supplies in a daisy chain. 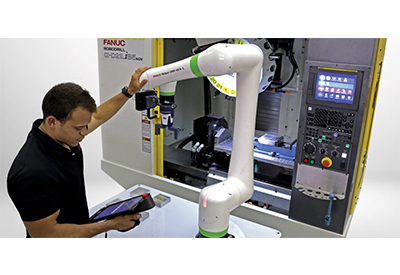 Today, small and large manufacturing plants in North America are ramping up production, and many are considering using robots for the first time. Why now? Some shop owners are having a difficult time finding skilled workers, and others who already have a full staff continue to look for ways to keep social distance measures in place… 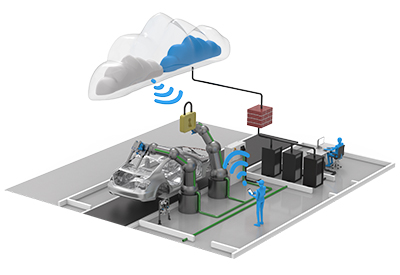 Festo aims to establish artificial intelligence (AI) as a key technology and core competence and to use it consistently for its customers’ automation solutions. To this end, Festo offers intelligent solutions and services, with a focus on Predictive Maintenance, Predictive Quality and Predictive Energy.

No business can succeed on its own. Relationships are at the core of any business. Whether it’s with customers, employees, suppliers, or even competitors, successful companies build and nurture strong, mutually beneficial relationships. 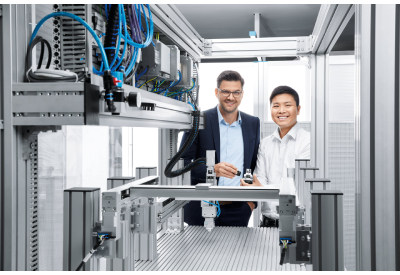 As technological advancements become common-place and affordable, more industries look to implement motion control and machine vision systems to automate tasks that may be menial and time consuming. Many industries can benefit from automated systems but, the question is, how do they get started? Often, they know what they want to mechanize, but do not have automation experts on staff to make it happen. Mechatronics Canada had the opportunity to talk with Eric Rice, Product Market Manager – Electric Automation at Festo, to discuss a case study where a customer recently chose Festo to help them implement machine vision with a motion control system to automate their industrial application.

The Endress+Hauser Canada’s Partners in Process Hybrid Event 2022 was a big success. For the first time, customers were able to experience the new Customer Experience Centre in Burlington, Ontario. In early June, customers from the Food & Beverage and Life Sciences industries were welcomed into the Centre by Endress+Hauser staff, both in person and virtually. Mechatronics Canada had the opportunity to join them for this occasion and see firsthand what it was all about.