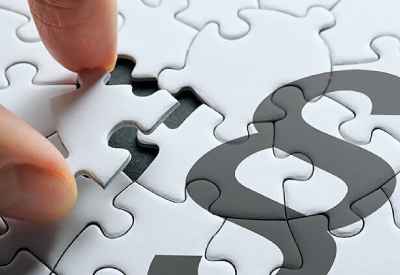 What is the relationship between standards, directives and laws?

The European Union is experiencing ever closer union. This leads to increasing harmonisation of laws, regulations and provisions in engineering. Initially, the EU formulates general safety objectives via directives. These safety objectives require precise specification. Specific regulation occurs via standards.

EU directives do not come into effect until countries within the EU incorporate them into domestic law. In each EU country, a law or provision refers to the relevant EU directive and thus elevates it to the status of domestic law.

The situation is different with regulations. An EU regulation can come into effect immediately after it has been ratified by the EU Commission, without the need for it to be incorporated into domestic law. 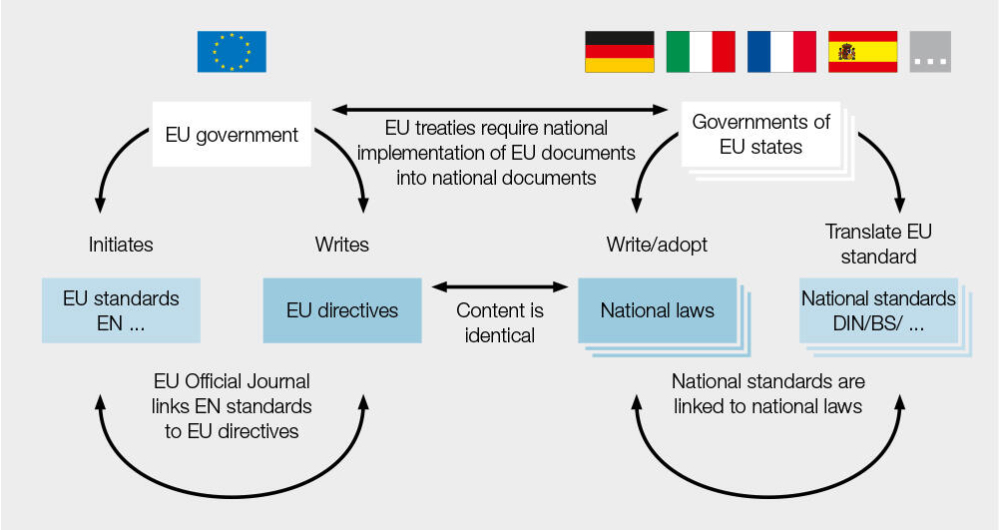 Standards alone have no legal relevance. They do not achieve legal relevance until they are published in the Official Journal of the EU or are referenced in domestic laws and provisions. Publication of these harmonized standards triggers “presumption of conformity”. Users applying the standard can therefore assume that they are acting in compliance with the law and directives. The burden of proof has therefore been reversed in the event of a claim. If a harmonized standard refers to a standard that has not been harmonized, the latter can obtain a status comparable to that of harmonization.

International standardization work is important, but without harmonization to European directives and regulations, it is incomplete in practice and does not achieve its objective. In the worst case, differing product and safety requirements at IEC and ISO level could become CEN/CENELEC versions of standards – that’s a very critical situation for commercial enterprises as global market players!

Today, standards are almost always developed and published at international IEC and ISO level. In an ideal scenario, they should be adopted unchanged into the European body of standards. In the EU, responsibility for adoption as harmonized standards lies with the European Commission. This has delegated the comparison with the essential health and safety requirements of the EU/EC directives / regulations to harmonized standards consultants (HAS Consultants). Until January 2022, approval, coordination and budget monitoring was administered by the consultancy firm ERNST & YOUNG (E&Y), acting as HAS contractor. However, the EU budget for this advisory function was spent by October 2021 and the harmonization process stalled.

The new contract, again with E&Y as contractual partner, has now been in place since August 2022. In the meantime, harmonization work has been more or less on ice. The result is a not inconsiderable harmonization backlog, which must now be processed step by step, so that publication in the Official European Journal can take place as soon as possible.

The new contract contains the following important and relevant changes:

It is to be hoped that the new contract and changed operational procedure will make harmonization work more efficient, with standards harmonized more quickly and finally published in the Official Journal of the European Union. As a result, presumption of conformity with directives and regulations would formally and finally be provided.

On 18.3.2019, the EU Commission published its Implementing Decision (EU) 2019/436 in the Official Journal, outlining the changes to the list of harmonized standards for machines with regard to the Machinery Directive 2006/42/EC. It updated the list of standards, whose application triggers presumption of conformity in accordance with the Machinery Directive 2006/42/EC.

A complete list of harmonized standards was published in the Official Journal of the European Union until the above decision came into force. The publication was valid until the next complete catalogue was published. The last version of this catalogue, containing an overview of all the standards harmonized under the Machinery Directive, appeared on 9 March 2018.

The practice for publication has fundamentally changed

From Implementing Decision (EU) 2019/436, only the changes from the previous document will be described; a complete, consolidated list will no longer appear.

Publications now have the following structure, with a total of 3 annexes:

Since that first decision, further decisions have appeared at regular intervals, for which you must observe the procedure described above. You’ll find an overview of these decisions on the EU Commission’s homepage. There you’ll find a summary of all the harmonized standards published in the Official Journal of the European Union. The summary includes all the standards for which there was presumption of conformity at the time the list was prepared, as well as the standards that have already been withdrawn from the Official Journal.

However, this summary has no legal force. The EU Commission provides this summary for information purposes only. Although every possible precaution has been taken to ensure that the summary is regularly updated and is correct, errors can occur and the summary may be incomplete at a certain point in time. So the user has no alternative but to watch out for the standards relevant to them in the implementing decisions.

Should you need support, Pilz offers a comprehensive range of machinery safety services.

To learn more about the services available from PILZ, click here 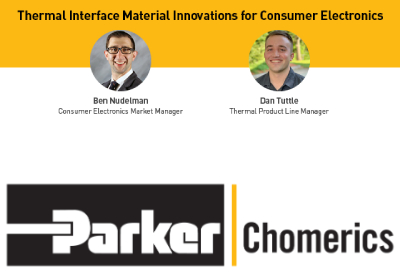 Parker Chomerics have been busy developing new, next generation thermal interface materials specifically to help aid in thermal cooling of consumer electronics devices. This includes application in products like smart home devices such as control and connectivity, smart appliances, security systems, home entertainment, comfort and lighting and energy management. Successful thermal management of high-power electronic components (single chips, multi-chip modules, integrated circuits, etc.) with high heat dissipation ratings requires careful design engineering. In this seminar, Parker Chomerics will take you through how to apply these next-generation thermal materials in your application and how they can help solve the design and engineering issues facing the ever-connected consumer electronics devices. February 23, 2022 02:00 PM in Eastern Time (US and Canada) 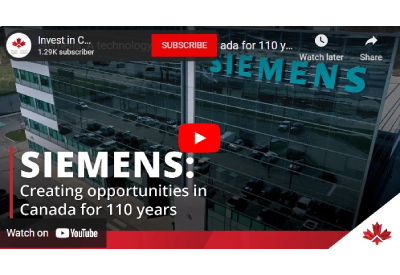 When global companies invest in Canada, they invest for the long haul. That’s the case with technology company Siemens, which established its Canadian operations more than a century ago. Today, Siemens Canada has 24 offices and manufacturing facilities across the country, including its headquarters in Oakville, Ontario. 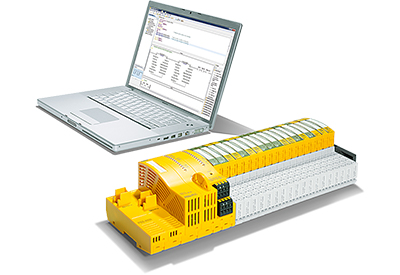 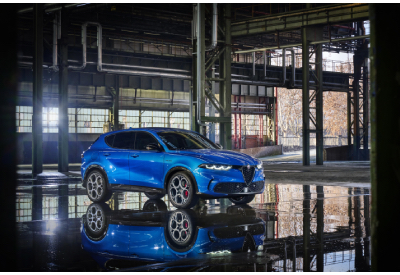 Comau has designed and deployed a flexible Body-In-White (BIW) manufacturing solution for the all-new Tonale, the first Alfa SUV of the new generation, meeting both the customer’s rigorous production targets, quality goals and time to market objectives. 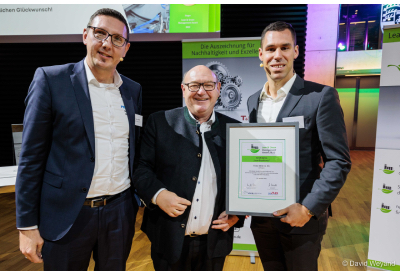 The Operation Unit “Modular Valves” at the Festo plant in Scharnhausen, Germany, is one of the winners of the “Lean and Green Management Award 2022”. The jury awarded the special “Lean Excellence” prize to the lean processes and cleanly applied standards. Efficient and resource-saving production is also an important building block in the sustainability strategy of Festo.