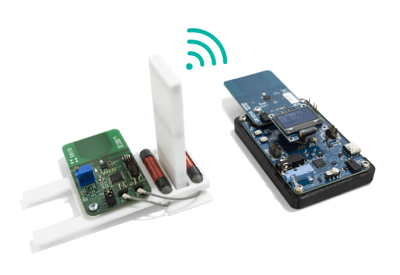 UBITO, a member of the FRABA family of technology companies, has announced a breakthrough in its development of Wiegand technology as an energy source for smart sensors. After more than two years of effort at FRABA’s R&D center in Aachen (Germany), a research team has demonstrated a prototype of a wireless sensor powered by Wiegand technology that could participate in an ‘Internet of Things’ (IoT) network.

The project involved the development of an exciting new Wiegand Harvester capable of capturing enough energy to power the sensor’s electronics package, including a high-efficiency ultra-wide-band radio transmitter. This achievement – a world’s first – helps to position Wiegand technology (which collects energy from movements of an external magnetic field) beside established energy harvesting techniques such as solar, piezo, or thermo-electrics as an energy source for sensor nodes in the emerging Internet of Things (also known as Industry 4.0).

“Wiegand sensors have been a core component of our encoder products for over 15 years” comments Tobias Best, global head of the UBITO startup. “While this technology has provided a highly reliable way of detecting and recording rotations in flow meters and multiturn encoders, we have always been looking forward to its wider potential, especially for energy harvesting.”

With this goal in mind, FRABA undertook a development project aimed at improving the energy output from Wiegand devices and demonstrating the possibility of self-powered sensors that could detect events and transmit data wirelessly to an IoT network. The R&D project was conducted by specialists from FRABA and Aachen’s University for Applied Science, with financial support from the German Ministry of Education and Technology. The project team succeeded in producing a new “Wiegand Harvester” – a device that could generate over fifty times more energy than commercial Wiegand sensors. Best continues:

“This level of output makes it possible to dream of energy self-sufficient sensors that can communicate data wirelessly over a significant distance.”

The team chose a window sensor system for a practical demonstration of an IoT sensor node powered by Wiegand-harvested energy. Two Wiegand harvesters and their associated electronics were mounted on the window, with bar magnets mounted on the frame. The harvesters, made up of a 21 mm long pieces of Wiegand wire surrounded by a copper coil, are the size of an AAA battery (d=7.5 mm). Whenever the window is opened or closed, the harvesters pass the magnets, triggering abrupt magnetic polarity changes in the Wiegand wires. The amount of energy delivered is largely independent of how quickly or slowly the window is moved – a key benefit of Wiegand technology. The current pulses induced by these polarity reversals generate about 10 microjoules of energy.

A key goal had been achieved: the amount of energy captured was sufficient to activate a microcontroller and collect a reading from a temperature sensor built into the system. The team added an ultra-wide-band (UWB) transmitter module that could transmit 134 bytes of data to a receiving station 60 m away. This lab demonstration, which marks a milestone towards self-sufficient Wiegand-based IoT sensor nodes, was presented in April at EnerHarv 2022 in the USA. (An annual event that focuses on the latest trends in energy harvesting.)

Best concludes: “This is a lab demonstration, not a commercial product. However, by showing the capabilities of a system made up of Wiegand devices and off-the-shelf electronic components , we hope to spark interest in the wonderful potential for this technology. With the Industrial IoT projected to grow by a factor of three over the next decade, the future is very exciting.”

To learn more about the Wiegand effect, click here 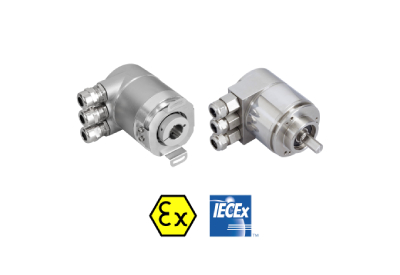 POSITAL’s explosion-proof IXARC rotary encoders have been certified to comply with ATEX/IECEx directives for Category 3 electrical products. These devices are suitable for use in Zone 2 and Zone 22 conditions (potential exposure to hazardous levels of explosive gases and flammable dust) and are ideal for oil and gas installations, chemical plants, woodworking operations, and grain handling facilities. Certification documents cover multiple encoder configurations and were issued by an organization with special competency in ATEX and IECEx testing and certification. 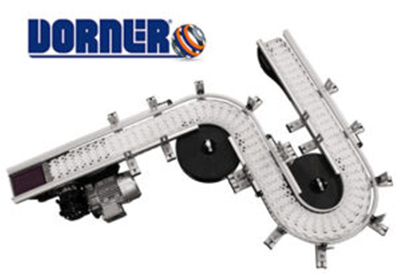 With AutomationWare’s Mech Series E-actuators, engineers can obtain accurate, controllable movement for almost any performance and size requirement. The series features an advanced ball screw transmission system to handle a wide range of dynamic loads and speeds with exceptional thrust performance. The units come with integrated brushless or high-speed stepper motors and an integrated feedback encoder. In addition, the Mech Series delivers positioning accuracy to ±0.01 millimeter. Users can reduce space and cost by coupling the motors to the gearboxes or specify a sensorless version that uses motor control criteria to detect the correct position. 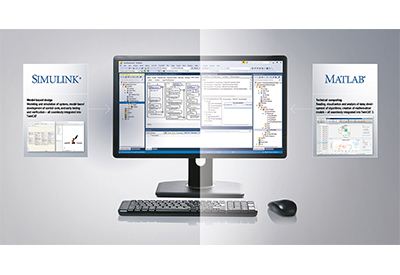 MATLAB and Simulink have grown worldwide and become established programming environments for diverse applications, including among budding engineers. There are many reasons for this development. MATLAB and Simulink provide solutions that enable a complete focus on the engineering task. 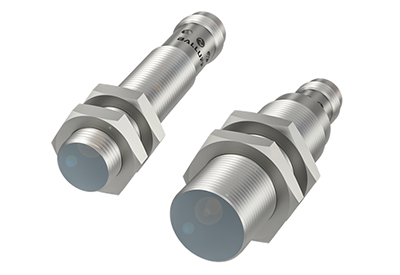 Like the other inductive sensors in our portfolio, these provide wear-resistant, non-contact position detection of metallic objects. These, however, are members of Balluff’s Smart Automation and Monitoring System (SAMS) portfolio—SAMS. That means they’re packed with additional features. 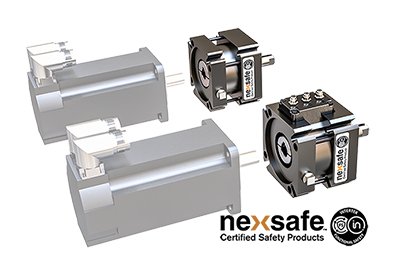